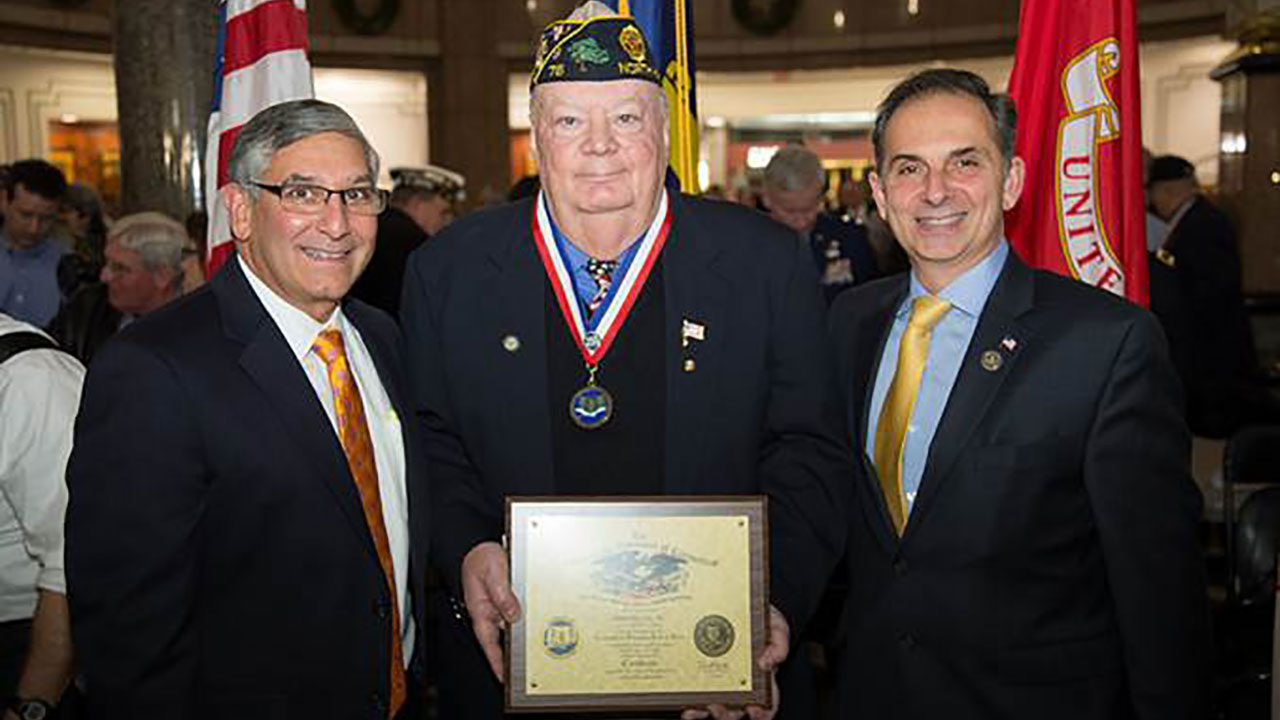 During a ceremony at the State Legislative Office Building Monday afternoon, North Haven resident Daniel Riccio joined ten other state residents and was inducted into the Connecticut Veterans Hall of Fame.

“This dedication is fitting for a man like Daniel who has been a great asset to the people and town of North Haven,” Rep. Yaccarino said.  “His military service was just the start of a career in public service, he later continued down this path by helping others as a religious education teacher, volunteer and Commander of the American Legion.”

Riccio, of North Haven, served in the U.S. Army from 1968-1971 as a Supply Sargeant, while stationed received Soldier of the Year in 1970, then graduated from Stock Control and Accounting Specialist School. Riccio also served as the town of North Haven’s Welfare Administrator for nearly 12 years and as the Commander of the American Legion Post 76 for nearly 13 years.

Yaccarino is tasked with reviewing nominees to the Veterans Hall of Fame to determine those individuals who meet the eligibility for inclusion in the illustrious group.

The Connecticut Veterans Hall of Fame was created by Governor M. Jodi Rell in 2005 to recognize the post-military achievements of outstanding veterans and to spotlight the substantial contributions of veterans to communities across the state.