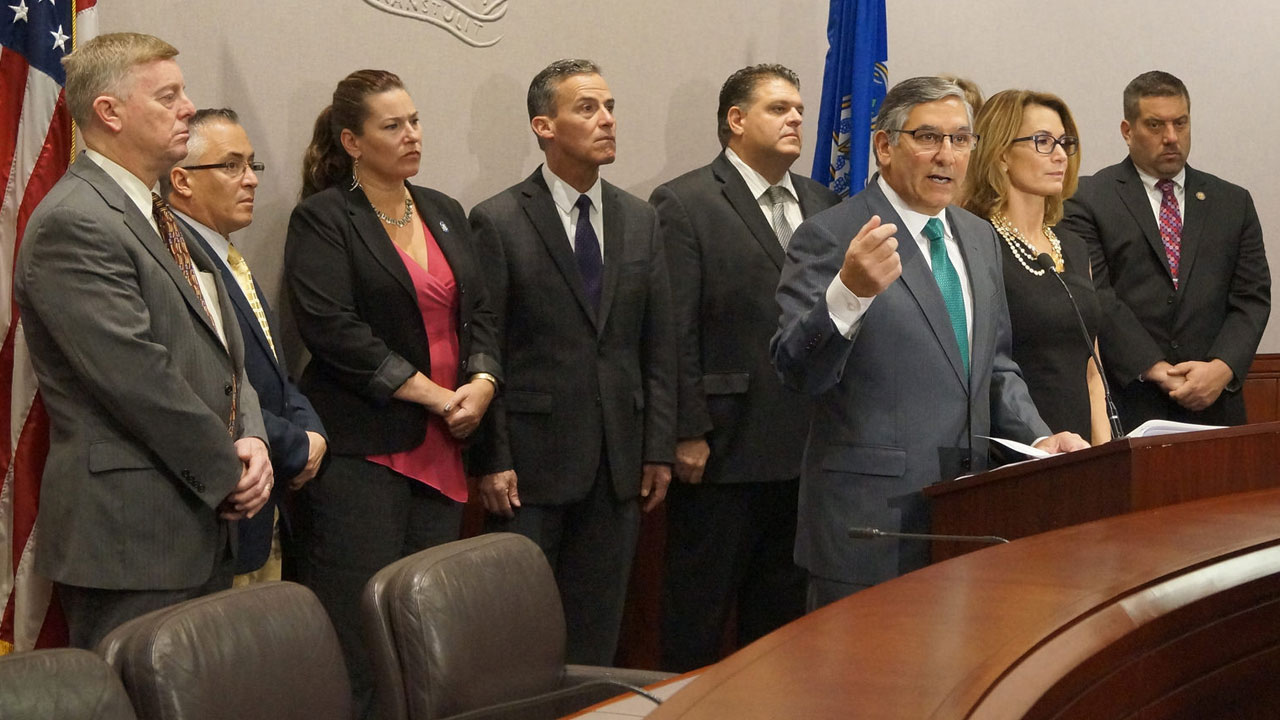 Sen. Fasano and Rep. Klarides hold a press conference with fellow Republicans at the Capitol in Hartford to discuss short-term and long-term budget proposals.

“In an effort to bring ideas to the table, the proposals we presented to the governor and Democrat legislative leaders aim to restore predictability and sustainability to state finances. The numbers show that Connecticut is not growing the high paying jobs our families need to survive and care for their loved ones. And people are leaving Connecticut for other states. Connecticut lawmakers have a choice. Either we continue to live in a state of permanent fiscal crisis, or we take on a holistic approach to rethink our budget in both the short and long term to protect people from harmful cuts today and to help future generations,” said Sen. Fasano.

“Together, Representative Klarides and I put together a full plan that would enable our state to address the current deficit, without cutting from hospitals, from Medicaid, from those with developmental disabilities, or from those who need substance abuse treatment. And we do not ask any one group to shoulder the entire burden of addressing our budget problems. Budgeting is about prioritizing. We have to make choices that protect the most vulnerable, and we also have to think long-term,” Fasano continued.

“Connecticut is stuck in a cycle of financial trouble,” said Rep. Klarides. “If nothing changes, our state will continue to see deficit after deficit, with a shortfall of at least $2.9 billion already projected for the near future. Republicans put together these proposals to change that trajectory. These proposals include ideas that we believe Democrats and Governor Malloy also support. We believe all parties must come together and put aside our differences to improve our state. It’s unfortunate that our ideas were not included earlier in the budget process, but we will not shy away from offering serious ideas to help our state get out of the mess that’s been created.

The Republican proposals include modifications totaling over $370 million in Fiscal Year 2016, enough to close the current year’s projected deficit while also restoring cuts made to social services by the governor’s September rescissions. None of the immediate proposed solutions require labor concessions. The proposals also include tax changes to improve Connecticut’s business environment, including eliminating Unitary Combined Reporting.