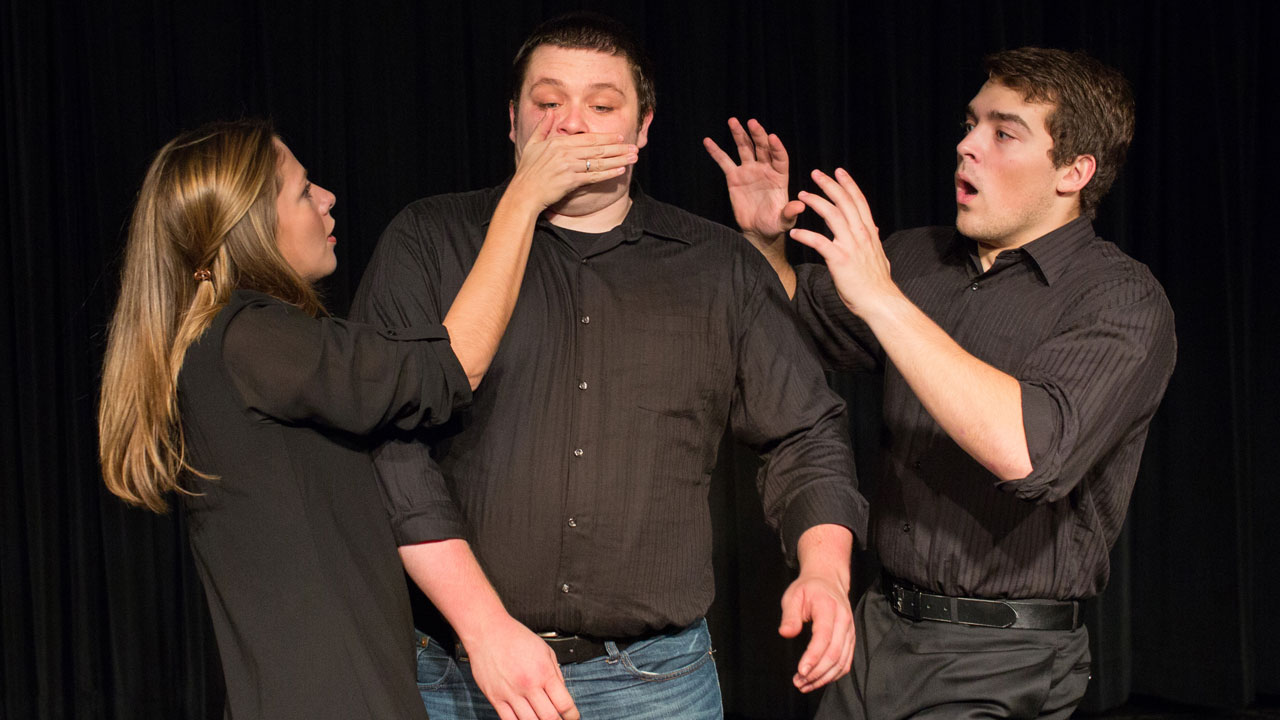 Quinnipiac University students Jenna Gallagher, left, Aidan Wright and Gerard Lisella rehearse a scene from “Spring Awakening,” which will be performed in the Clarice L. Buckman Theater at Quinnipiac Nov. 12-15.

Quinnipiac University Theater for Community will present the musical, “Spring Awakening,” with book and lyrics by Steven Sater and music by Duncan Sheik, from Nov. 12–15 in the Clarice L. Buckman Theater at Quinnipiac, 275 Mount Carmel Ave. Curtain time is at 7:30 p.m. Nov. 12-14 and at 2 p.m. on Nov. 15.

Based on the 19th century play by Frank Wedekind, “Spring Awakening” employs a stirring rock score to tell the story of a group of teens struggling with their growing sexuality as they make the painful and tumultuous passage to adulthood in a morally strict and repressive society.

The show will be directed by James Noble, adjunct professor of music. Ashley DiFranza is the associate director and production coordinator, with Lauren Manna as set designer, and Emily Seibert as lighting designer.

Tickets are $10 for students and senior citizens and $15 general admission. Reservations and advance purchases can be made at: www.quinnipiac.edu/theater-tickets.