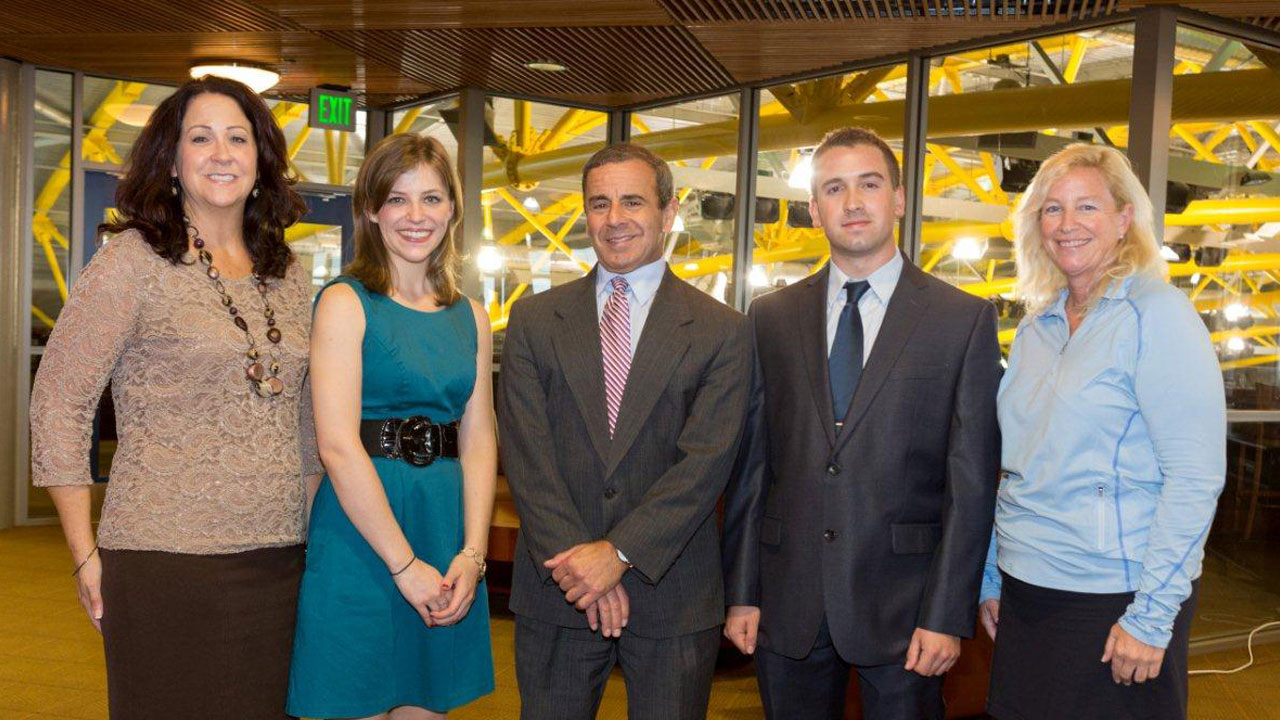 “It’s basically tactical intelligence,” explained Pflug, a criminal justice and political science major. “It is gathering information, analyzing that information and displaying it back to the public. The experience was extremely valuable because it gave me first-hand experience into something that I want to do for the rest of my life, which is developing programs and models that allow me to give back to the public and help protect people.”

The fellowship program, which began at Quinnipiac in 2003 with the creation of a trust by donors Hank and Nancy Bartels, gives students the opportunity to work in municipal government offices with a department head as a mentor-supervisor.

Hamden Mayor Scott Jackson and Hamden Police Chief Tom Wydra were equally effusive in their praise of the students, using the word “enthusiastic” to describe the fellows.

“It means as much to us as it means to the students,” Jackson said. “We take this as an opportunity to kind of refresh ourselves and reconnect with the principals that got us involved in public service at the outset. Having these very skillful, very energetic, very enthusiastic students around who were so thirsty for knowledge really worked out for all of us. They provided real services to the residents of Hamden.

“It’s the third consecutive year that we’ve done this and we thoroughly enjoy the program,” Freda said. “We just don’t give them menial tasks. We really get them involved with government.”

Patrick Donnelly, for instance, worked in Jackson’s office and had responsibilities that ranged from assisting with Hamden’s Farmers’ Market to developing figures for FEMA reimbursement in the aftermath of February’s winter storm Nemo.

“I was working with every department in the town,” Donnelly said. “My biggest takeaway from this program was learning how to communicate with people and how to effectively create action.”

The event concluded with speeches from the Bartels, who have seen about 150 students benefit from their generosity.

“You have a great university behind you and thank you for what you have done for the community,” said Nancy Bartels.